What is strata in property?

Netstrata / What is strata in property?

Strata in property refers to a particular type of communal living – where the property has been strata-titled and a strata scheme has been set-up.

The concept of strata was first developed by the New South Wales Government in 1961. Traditionally communal properties were generally under a company title – this meant that potentially buyers were required to buy shares in the company if they wanted to live in the building. The drawback under this concept was that the buyer didn’t receive full ownership of the apartment or townhouse they were living in. 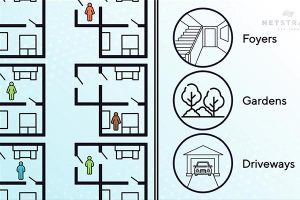 With strata-titled properties, each owner owns their individual lot, while the common areas are managed collectively by the owners corporation. While the idea was formulated in New South Wales, it’s now been replicated across Australia and around the world.

Strata in property has also been expanded from residential buildings to commercial, resorts, and retail premises. There are also mixed-use buildings – where some of the building is residential and potentially the street-front is commercial.

In New South Wales today there are more than 81,000 registered strata schemes, a figure that’s projected to increase by 1,000 each year. Apartment living continues to grow in popularity with some estimates citing that by 2040, over half the population of Sydney will be living in a strata-titled property.

Community living can be very rewarding and ultimately offers the best of both worlds – individual ownership of a property and collective management of common areas.

More of your strata questions answered on our useful links page.