The keeping of animals in a strata scheme

The keeping of animals in a strata scheme will almost always lead to healthy debate on the pros and cons of any request made.
In  this recent decision of the Consumer, Trader and Tenancy Tribunal,  Grace  Lawyers successfully represented the Owners Corporation in obtaining Orders prohibiting the lot owner from keeping a dog. The case illustrates that the refusal to allow an animal in a strata scheme may be upheld if the Tribunal can be shown that this refusal was not unreasonable by the Owners Corporation. 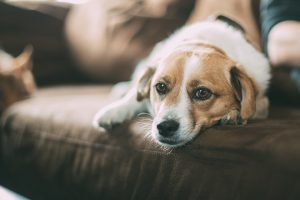 The strata consisted of twenty lots and the dispute started when the lot owner made an application for the keeping of the dog via emails to the strata managing agent in 2010. The application provided reasons for the keeping of the dog and that it had been trained.
The application was considered in an Annual General Meeting shortly after the request was made. Interestingly at the same meeting the standard by-law for the keeping of animals applicable to the scheme was repealed, and a special by-law passed which prohibited the keeping of all animals except companion animals. Consequently, the owner’s motion was considered and refused.
The lot owner appealed against the decision and the matter went before the Adjudicator. The Adjudicator made Orders that the lot owner comply with the new by-law and required removal of the dog. The owner appealed to the Tribunal.


The Tribunal held that it was not satisfied from the evidence provided by the appellant that the Owners Corporation unreasonably withheld its approval. Further, it found that the Owners Corporation had dealt with the applicant’s request for consent on its merits.
The Tribunal held that the history combined with the lack of any detail in the application made by the lot owner as to how the dog would be managed and controlled when on the lot and common property were sufficient reasons to refuse the application.

What does this mean?

Thank you Grace Lawyers for this Article