Strata Reforms Are Too Important To Rush

Following turmoil in the NSW Government including three new Fair Trading Ministers in as many months, the recent announcement that strata reform and community title legislation reform will be delayed came as no surprise to much of the industry. 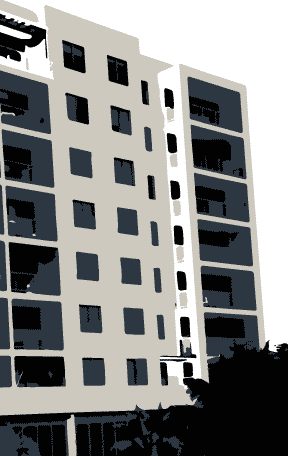 The road to strata reform in New South Wales has been a long one. In 2011, the State Government first sought feedback on strata law changes. That was then followed by a discussion paper, round table meetings and a position paper in 2013. Throughout the process, responses were received from interested individuals, tenants, strata owners, industry groups and agents, who chiefly had concerns about bylaws and enforcement, smoking, pets, parking and anti-social behaviour.

In June this year, the current NSW Fair Trading Minister, the Honourable Matthew Mason-Cox MLC, announced that a State Government review of community title legislation would be fast-tracked, and that the strata reform Bill would be put on hold.

“Community title reforms will be accelerated as part of a broader package of reforms relating to multiple occupancy of buildings, strata, security of payments and home warranty insurance connected with the building industry,” Mr Mason-Cox said.

“These reforms are interrelated and must be viewed collectively as we build on the strong reform foundations and achievements of the last three years.”

“The Government is now planning to release a Community Title Reform Position Paper to owners, residents and industry in the coming months.”

One month later in July, the minister announced that the NSW Government would delay the proposed strata law reforms to enable the introduction of both Bills – strata law reforms and community title law reforms – to parliament at the same time. Now the best case scenario at this stage is that the legislation will be introduced in 2016, post the NSW Government election. Through all this, industry discovered that the proposed reforms to the Strata Schemes Management Act were further away than first thought.

While many stakeholders in the strata industry saw the announcement as a disappointment after almost three years of public consultation, the decision to delay the strata reforms turned out to be a blessing in disguise.

A draft Bill of the proposed strata reforms was mistakenly released to the public in January 2014 via a strata forum website. The proposed reforms received wide-ranging criticism from virtually all stake-holder groups that represent lot-owners, builders, developers and managing agents, largely due to a number of proposed impractical measures.

As an example, the Bill introduced several new concepts surrounding the administration and management of strata schemes. This included the idea of enabling tenants to attend (but not vote at) annual general meetings. This concept was further extended to granting tenants the right to elect a ‘non-voting member’ as their representative on the executive committee.

As admirable as that concept was, it appeared that the legislators had not thought through the many (im)practical ramifications that would ensue from that proposed change. To start with, most owners’ corporations are unable to maintain a ‘tenancy’ register, as they do not receive the requisite tenancy information from landlords or property managers.

On top of that, the Bill did not outline how tenants were to be informed of the AGM – for example, would a notice need to be issued to all tenants personally, or simply placed on the common notice board?

If notices did indeed need to be issued to all owners and tenants directly, in many existing schemes that would instantly double administrative costs relating to postage and stationery.

And in terms of a ‘tenant representative for the committee’, the Bill did not identify how the ‘tenant nominee’ would in fact be elected by the tenants. Nor did it identify whether the owners would have the ability to be involved in the nomination process or if the owners had the right to reject the nomination.

The revealed draft Bill also sought to introduce a number of new measures to address maintenance items and building defects in new schemes, including that:

Again, while many of those provisions would assist with ongoing maintenance, clearly the legislators had not considered many of the practical limitations to these proposals – particularly the proposed extremely narrow six-month window for the provision of the building defect reports.

The government had, and still has, an enormous task ahead of it, reforming all aspects of management legislation to satisfy not only all industry stakeholders – including owners, residents, developers, builders, suppliers and managers – but also the ever changing complexity of modern strata and community-title developments.

When new drafts of the proposed legislation will be released is still quite uncertain. However, considering that construction of multi-residential development has now taken over their single-dwelling counterparts, it is probably advantageous that these reforms will be delayed 12 to 18 months ­– rather than being rushed through with almost certain calamitous results.