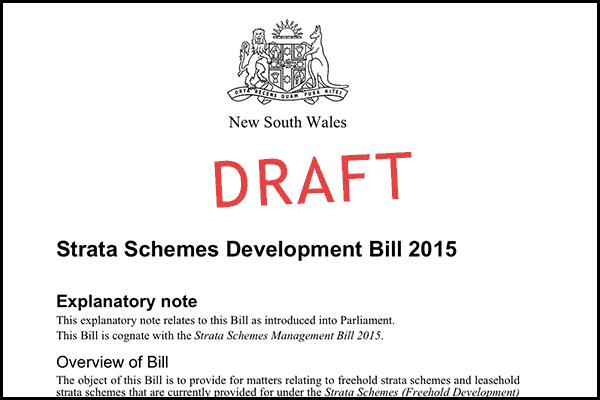 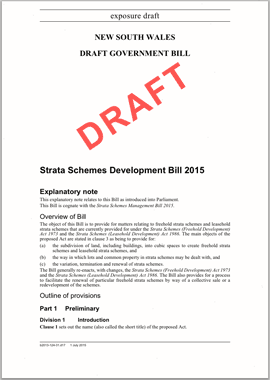 After a comprehensive review that began in December 2011, the NSW state government has released the final draft of their proposed changes to strata legislation. The government is now embarking on the last stage of public consultation before the bills are passed into law.

While there have been amendments to strata legislation in the past, this will be the first significant reform to the laws since the Strata Titles Act was passed in 1973.

The motivation behind these legislative changes is to ensure that the laws cater to the needs of contemporary strata living and to provide an appropriate framework for the future.

Overall the Department of Fair Trading, as stated on their website, aim to:

Here are the key changes.

Perhaps the most controversial amendment is the new threshold requirement for the sale or renewal of a strata scheme. To move forward with the sale, now only 75 per cent of owners are required to support the proposal. Existing schemes will be unaffected but will have the option to include the change via a majority consensus.

The bill will also stipulate the procedure for the renewal process that includes the establishment of a dedicated committee.

Tenants can now sit on the strata committee

Where the majority of lots are tenanted, tenants will now have the opportunity to sit on the strata committee and have a more active say in the running of the strata scheme.

The Owners Corporation will now be able to pass a by-law limiting on the number of adults occupying a lot. The limit will now be no more than two adults for each bedroom.

The Owners Corporation can now make arrangements with the local council to control inappropriate use of parking spaces. Council parking inspectors will potentially have the power to issue infringement notices on strata parking spots.

Smoke drift is officially a nuisance

Cigarette smoke is now formally identified as a nuisance. Therefore if a resident is disturbed by smoke drift, they can take appropriate action through existing channels.

The builder has the option to return to the scheme at any time before the building inspector has finished their report. The Owners Corporation can now also consider the rectification of building defects at each annual general meeting prior to the end of the statutory warranty period for the scheme.

The builder or developer will be unable to vote (if still an owner) on any matter relating to a building defect.

To make it easier for owners to undertake minor renovations, there will now be a three-tiered approach for renovating a strata lot.

Cosmetic changes, such as inserting picture hooks, can be done without approval.

Minor renovations, such as installing timber floors, require a general resolution or 50 per cent approval.

Renovations that alter the external appearance need a special resolution or 75 per cent approval.

The Executive Committee will now be known as the Strata Committee.

If you would like to offer your opinion to the NSW Department of Fair Trading, you can do so on their website. It’s anticipated that the bills will be presented before Parliament later this year.

If you have any questions regarding the proposed changes, please contact your Strata Manager at Netstrata.